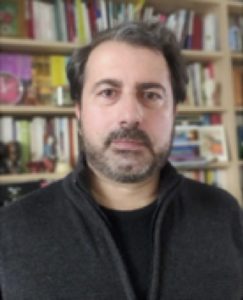 Empowering teachers for citizenship education and inclusion in Schools. Variations and continuities in Europe.

Citizenship and inclusion in education have been at the heart of European policies for at least two decades, promoting positive values of social cohesion, openness to the world and “living together” ethos.

This essential topic will be at the core of our presentation. As a matter of fact, beyond a consensual discourse of intention and most proactive European policies, the conceptions of education, citizenship and integration vary a lot through the European space, from one country to another. These variations are related to the modes of construction of the national education systems, to the conceptions of the Child and to the missions of teachers & educators in contrasted cultural & educational settings.

We suggest that these historically built-up variations are still strong and vivid in educational spaces and are readable in the very structures of the systems and in the way children are conceived and recognized in schools from an early age, which is readable through the role given to teachers educators, families in the process of education. and in children’s development and socialization. 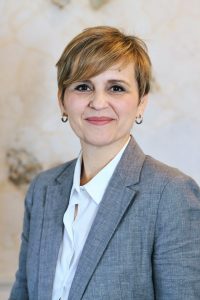 Rector of The Universty of Rijeka

New Challenges for Higher Education in a Changing World

The complexity of our current social context demands that universities rethink their mission and stand up in defending the educational values of public good and public responsibility, as well as our central moral virtues and virtues of the mind, such as curiosity, excellence, wisdom, openness, tolerance, and solidarity. Both European and global circumstances bear the mark of economic, political, and social crises, unemployment, a growing disregard for vulnerable groups, young and old alike, demographic changes, migrations, conflicts, extremism, and various forms of radicalism. Our way of life is, too, undergoing similar changes. This shift toward an extremely competitive, technological, global and mobile society will necessarily pose a challenge to dominant social values and our general quality of life.

As universities naturally reflect social changes, we are seeing a shift toward third generation universities. First of all, higher education is, having left the confines of closed and elitist universities, becoming more democratic, welcoming large numbers of people and, in an effort to ensure a better life for all, making education more broadly accessible. Secondly, higher education and science are no longer isolated within their local or national context. Instead, they are becoming international, intercultural, and trans-regional. Thirdly, rather than act as passive temples of knowledge, universities are assuming responsibility for social wellbeing in their community, both on the economic and on the civic level. Given the mentioned goals, debates about university missions often, even within the universities in question, feature two opposing standpoints: the first view that universities must, above all, become (inter)nationally competitive, and, the second, that we should address universities from the perspective of personal growth, intercultural exchange, and solidarity. These academic viewpoints often emerge as the dilemma between the humanities/social sciences and STEM disciplines. Instead of deepening the divide between these and similar stances and ideologies – so present in Manichean choices between the modern and the traditional, the international and the local, the big and the small, the competitive and the cooperative – we ought to see them as welcome differences and a much-needed pluralism, as the kind of productive argument that universities must understand and promote. Our efforts toward a rational consensus can play an exemplary role in our communal life at large.

Consequently, drawing from my experience in managing a higher education institution, I will focus on the certain challenges that the European and the global social context, and European policies regarding higher education, are placing upon universities in the Mediterranean.

Under the auspices of: